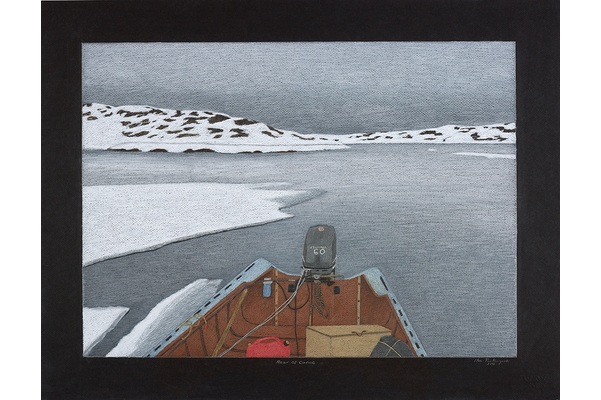 Itee Pootoogook: Hymns to the Silence

As one of the key members of the third generation Inuit artists from Kinngait (Cape Dorset), Pootoogook contributed to the transformation and reshaping of the creative traditions that were successfully pioneered in the second half of the 20th century by members of the West Baffin Eskimo Cooperative, at Kinngait Studios. The son of artists Ishuhungitok and Paulassie Pootoogook, he began his practice in drawing, elementary animation and carving in the 1970s, becoming actively involved with the WBEC in the late 1990s.

Known as a meticulous draughtsman and inventive landscapist, Pootoogook looked primarily to contemporary northern life for his subject matter. Although some compositions are produced from a combination of memory and imagination, Pootoogook based many of his drawings on photographs, an aspect of his artistic process that further highlights his contemporaneity. The understated images celebrate the mundane moments that make up the everyday.

This exhibition was organized and circulated by the McMichael Canadian Art Collection, with support from the Canada Council for the Arts